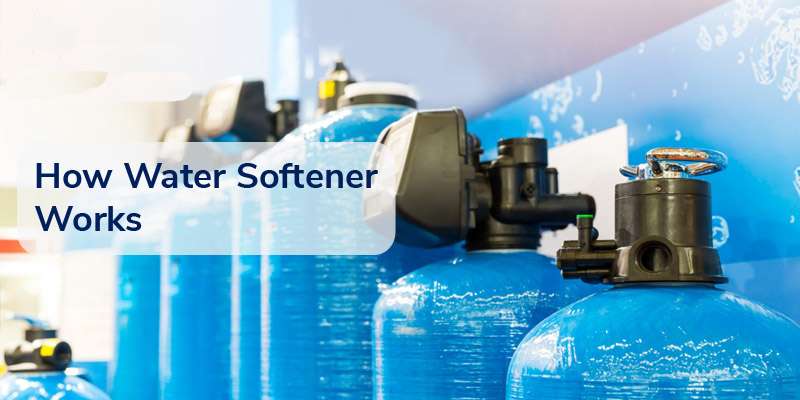 Scientifically speaking, hard water, is water that contains substantial amounts of dissolved minerals, specifically calcium and magnesium. As water trickles through rocks, limestone deposits and soil, it picks up these minerals on its journey. Depending on how long the water travels through the ground before reaching your tap, it can pick up a lot of these minerals, making water harder in some counties than others. While the minerals won’t harm your health, they can leave insoluble mineral deposits, making the water unsuitable for its many intended uses around your house. 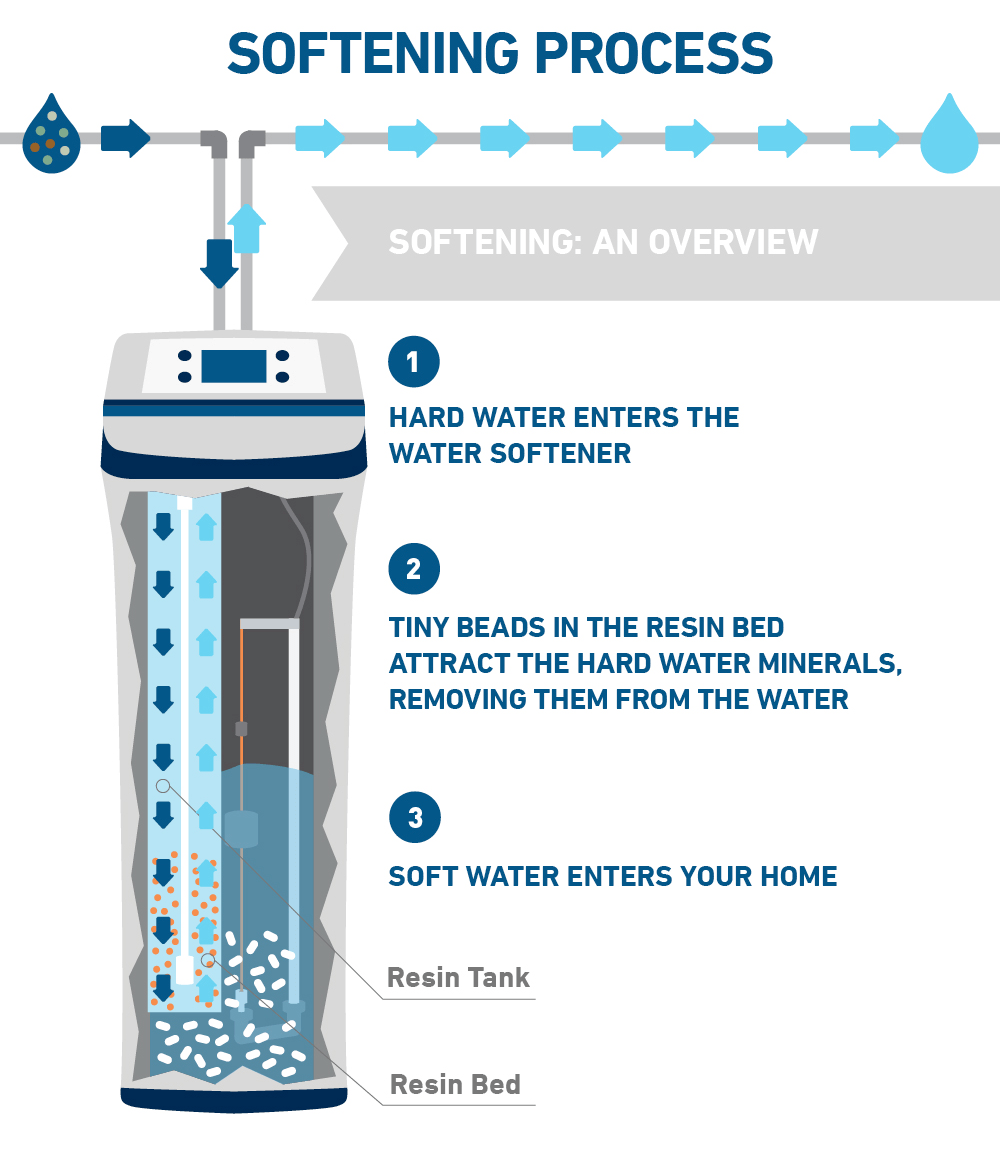 Water circulates in the tank where tiny resin beads swap the calcium and magnesium in the water for the sodium they’re holding. The beads act as a sponge, adsorbing the hardness minerals from your water. This process is referred to as ion exchange, and soft water is the result. When the resin beads have maxed out their ability to hold calcium and magnesium, it’s time for them to be recharged (a process called regeneration). During this process, the resin beads are washed with the highly concentrated saltwater solution (brine) from the tank (made from the salt you added to the tank). The brine forces the calcium and magnesium ions to be released from the beads and replaced with sodium or potassium ions.

Once the resin beads have been properly cleansed, the brine solution is flushed from the softener with fresh water. At this point, the beads are full of sodium ions and ready to soak up the calcium and magnesium once again.

When the resin beads are coated in minerals, it’s time to regenerate, or clean, the beads.